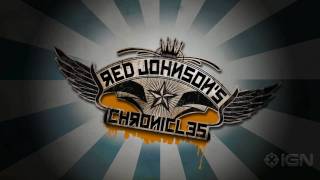 Try to stay alive… at least long enough to finish this investigation!

You play the role of Red Johnson, a private detective who is trying to find his place in the corrupted city of Metropolis. You are taken on by the police who want you to solve a murder with no corpse.
Discover Metropolis, its unique atmosphere and get to know the rules quickly if you want to survive! It's up to you to look for clues, interrogate the witnesses and put the evidence together in order to find the perpetrator.You'll also have to use your logic to solve the different enigmas, and occasionally, you'll have to use your fists.

Red Johnson's Chronicles: One Against All

Red Johnson is a private detective who knows how to make himself popular. When you solved your last case, you got the Mafia's attention… and they put a contract out on you. Your new friends are going to do everything they can to find you!
While you are trying to keep your head down in the role of Red, you learn that your brother has vanished when you receive a finger as proof that he is still alive. If you want to find your brother in one piece, you'll have to go looking for him and lead the investigation into his disappearance.
Solve various enigmas, interrogate the witnesses you meet and collect the clues that will help you advance the investigation and discover the truth about this kidnapping.